It was only a matter of time before fake news penetrated the beer world.  And with that, here are previews of three fake brews from the news:

Black Out Brett
Mark your calendars because no matter what, one of the most controversial releases of the decade is set to hit the shelves from the critically-acclaimed Dog & Pony Show Brewing Co. out of Washington, D.C.  Sworn in at a staggering 19.82% ABV, Black Out Brett is an American strong dark ale fermented with 100% brettanomyces yeast, and especially brewed for those people who categorically and unequivocally like beer.  Regardless of your politically leanings, Black Out Brett is guaranteed to be a carefully calculated and orchestrated hit! 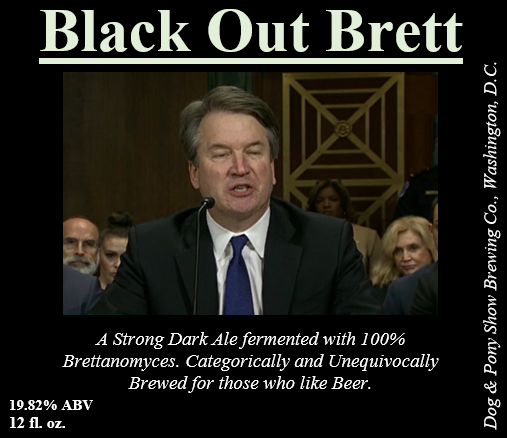 The inspiration for this limited-release brew was ripped straight from the headlines after the iconic painting Girl with Red Balloon from famed England-based graffiti artist “Banksy” self-destructed as it was fed through a shredder hidden inside the frame moments after being sold at auction for $1.4 million.  Not long after, the anonymous Banksy posted to Instagram “Going, going, gone…”, summing up the moment he literally and figuratively made art history.

Meanwhile, in a case of art imitating art, Banky’s Going, going, gone… Gose from the London-based Now You See It, Now You Don’t Brewing Co. not only captures that sour moment in a bottle with this acidic ale, but the bottle itself also actually self-destructs upon opening when a widget inside the bottle triggers the bottom of the bottle to open, causing the beer inside to fall out. 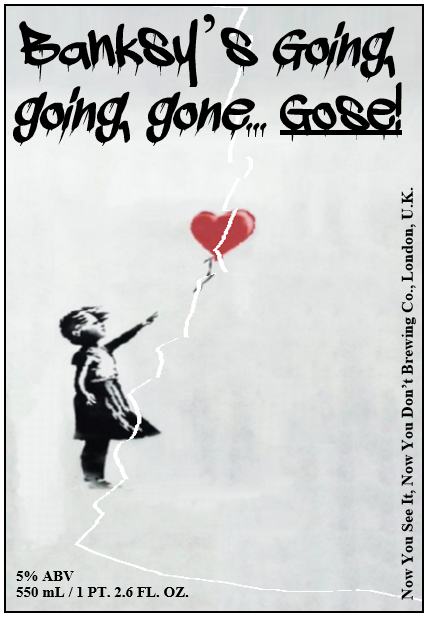 Never known for resorting to shock value for attention, this brew pays homage to the rapper formerly known as Kanye West for doing the one thing Ye never does: resorting to shock value for attention.  A special one-time release from the Chicago-based brewery Optional Slavery, Shock Value IP-Ye! is ornately packaged in a 24-karat gold bottle, making it not only the world’s most expensive beer at $100,000 a pop, but also the world’s hoppiest brew weighing in at jaw dropping 1 billion IBUs thanks to a MAGA-dose of ultra-concentrated hop extract.  Shock Value IP-Ye! is so needlessly over the top that it’ll make even Tyler Swift scream “Good Yeezus!” 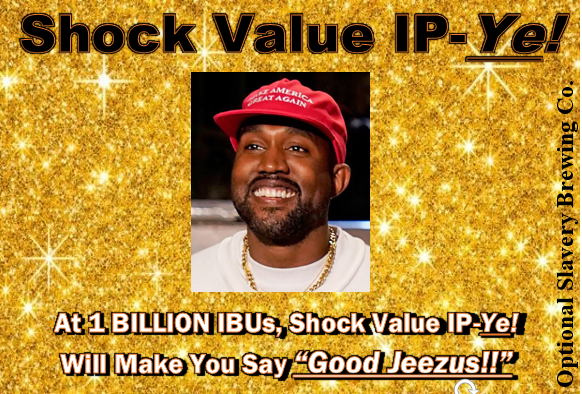 [To the best of our knowledge, all of the proceeding beers are fictional parodies based on world events that may or may not have happened.]

Results on Legislation Aiming to Legalize Shipping Booze via USPS, the “Road Beer”, and 64 oz Growlers